Come one, come all.

The Greatest Showman is the 2017 Musical that is ending the year in style. What has this winter, Broadway-style film brought to audiences worldwide?

I have seen this movie twice already, with full intentions on seeing it again, very soon. I do believe it is important to see The Greatest Showman in theaters, if at all possible, as the depth of the film lives and thrives on the large screen. The very opening scene, while cutting away from both the classic and modern spotlights of a Fox Studios introduction of their movies, we hear the beginning of the first song. I don’t want to give away anything from the movie, but I will give away the feeling I had the minute that song started. Let’s just say chills is not strong enough of a word. The excitement begins right there in that moment, and only blossoms throughout the rest of the film. There are plenty of ups and downs emotionally throughout the musical, all of which tug at your heart strings. Overall, you end feeling happy, satisfied and ready to dance. (Disclaimer for this movie: MAY CAUSE SEVERAL FAMILY MEMBERS TO GET TO THEIR FEET AND BEGIN DANCING INVOLUNTARILY. THIS REACTION IS NORMAL.)

The songs in this movie created an instant download synapse in my brain. I wasn’t out of the theater before I had every song locked and loaded on my IPhone. While hearing the songs is just half of the whole experience, being able to listen to the brilliance of the music and lyrics, and the talent of the singers, is something amazing. This also gave me a chance to only cheer on the movie more, as I was able to focus on the listening portion of the musical. Sure enough, the lights and choreography weren’t just a distraction from poorly written songs, the music holds its own as being a large part of why the movie was so good.

The combination of Hugh Jackman, Zac Efron and Zendaya was a genius move. The buddy chemistry between Jackman and Efron was fantastic. Zendaya and Efron also made one of the greatest scenes I’ve ever seen. Each song that they performed was golden and I hope awards start heading their way soon.

Again, not gonna give anything away, so go see it!

Deserving of the golden globe he was nominated for. Hugh Jackman nailed this role. He fully committed to the character that was being depicted in The Greatest Showman. Whether or not he was exactly like the P.T Barnum of real life, I don’t really care. The character he created, the one he developed, was truly a masterpiece.

So why do I need to defend this movie, the one that seems to be the musical of the year?

Critics hated this movie. Rotten Tomatoes has fluctuated between 48% and 51%, last time I checked, and individual movie critics have each had their fair share of awful things to say about The Greatest Showman. This is a travesty of galactic proportions, however, as there are many people who choose not to see movies based on these ratings. Others form opinions based on these reviews, as well, infecting their thoughts on a movie from the get-go. All I can say is this: The critics are dead-wrong. Their opinions, critiques, and utter bitterness towards the movie is unfounded and largely unwarranted. Is this just me, the musical-loving, Broadway-breathing, no-nothing that thinks this way? No! The audience reviews are supremely different than those of the paid-to-propagate group. Everyone I have talked to about this movie, loved it. Real people. Real people that love to breathe. Real people that enjoy sunshine. Real people that laugh at puppies playing. The critics that are ripping apart The Greatest Showman, though, just don’t agree.

Someone outta check their pulse.

What are they saying about The Greatest Showman?

1.That it doesn’t follow the original storyline of P.T Barnum enough.

2.The movie jumps from song to song, without a strong storyline in between.

3.It was too light for time period it was set in.

What is my response to these main critiques?

First of all, P.T Barnum’s real-life story is not the story that even P.T Barnum wanted to see. The ups and downs in his life could honestly be described as just a little boring, or at least, not suited for an entertaining musical. The point of the movie wasn’t for a close and personal biopic that helped us appreciate or judge the life of a man that lived a century ago. The point of the movie was to express the overall beauty of his ideas and dreams. It’s intention was to entertain not bore. I mean not every movie can capture the true stories of events and people as finely as Titanic could. *cough* I mean that movie depended on only facts to tell the story. *cough* No embellishment there. *cough*

Does anyone have a lozenge?

(On a side note: I doubt everyone that is upset about the movie taking liberties in the telling of P.T Barnum’s storyline even knew about the true story; until they looked it up on Wikipedia last week. The idea that a movie, not claiming to be anything but a fun-loving, family-friendly musical, will be torn apart on not getting 100% of the facts straight is an absurd one indeed.)

Secondly, The movie jumps from song to song, because the movie is a musical. If you can’t follow the story by enjoying the musical moments, I suggest you find the lyrics somewhere and follow along there.

Finally, No one wants to go to a PG musical about a circus creator and leave feeling heartbroken over the fact that livelihood was terrible back then. If you want to be sad after a musical, go watch La La Land. (Ironically, that movie has been praised by the very same critics that tore down this movie.)

Interestingly, classic musical Singing in the Rain was disregarded by critics when it came out as well. That movie never went anywhere either, so I guess the critics are always right.

So, without giving anything away, I hope my short review helps encourage you to head to the theaters ASAP. The movie critics that have been attacking this movie are obviously out of their wheelhouse, as this film is just a Broadway play with a lot of cameras. Theater critics need to find their way into a movie theater and give a new opinion on The Greatest Showman. If not, though, there are still plenty of us out here telling everyone the reel story about The Greatest Showman.

Get it? Reel? Like a classic movie reel? Ok fine. But don’t let my bad puns discourage you from seeing the movie. I just get all punny when I’m excited.

What are you doing still reading this?

The Greatest Showman is a must see, and is best seen first in theaters. You will enjoy the whole cast, every song, the choreography, the lighting, the costumes, everything. So, now that you’ve finished reading this, look up the next show time and go see it. If you have a heart you will love it.

If you enjoyed reading this please like and comment on it. Check out my other stuff on Tuckerramblesinfp. wordpress.com and subscribe so you don’t miss a thing! Thanks for reading!

2 thoughts on “The Greatest Showman- A Movie Review” 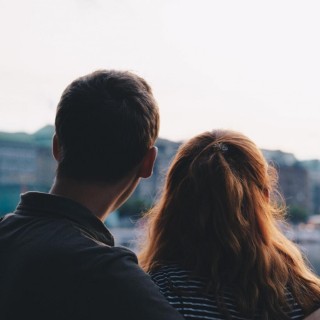 Singer-songwriter, freelance writer, and glorified rambler. I am a hopeless romantic in a world full of cynics.